Throughout my misguided youth there were a few things I dreamt of achieving in life:
1.) Buying a 70s VW campervan.
2. Finding and falling in love with a man who had cool hair (curly) and a fit beard.
3.) Owning a dog.
4.) Learning to surf.
(Oh, and moving to California to live by the sea. I’ve given up on that dream. I’ve travelled the West coast from San Francisco to San Diego and I’m happy with that).
So…
I’ve found a man with curly hair and a sexy beard.
I’ve owned a golden cocker spaniel called Gwyneth.
I’ve had a few attempts surfing and albeit it not for long, I can stand up.
Luckily through my job at the Daily Star as showbiz editor, I can now tick off my biggest dream of living in a campervan – not just any, a 1972 VW.
It was literally a dream come true when I was offered the chance to do a travel feature driving around Devon in a V-Dub.
Me and my boyfriend Jimmy couldn’t believe our luck as we picked up our bright red camper called Ordell in Okehampton from O Connor’s Campers. (www.oconnorscampers.co.uk)
It looked perfect. Gleaming in the sunshine with shiny, chrome wheels, just waiting for us to jump aboard and start our adventure.
We were free from the London rat-race.
The only thing we needed to think about was where we wanted to hang out. And how long for.

After picking up the van in Okehampton we decided to have an early morning horse ride across the moors, we were so close to Dartmoor – it seemed rude not too.

The moors were still covered with morning frost and dew, also an underlying air of eeriness.
As we cantered across the open land we were joined by a flock of swallows who flew alongside us.
They were beautiful and tame. As we went faster, they started to weave in and out our horses trying to keep up with us.
Apart from the swallows there was nothing to see for miles, just land and the occasional lone sheep. 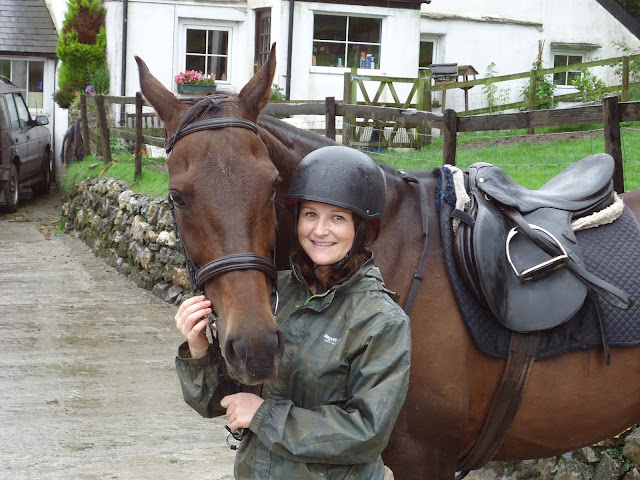 We then drove straight to Dartmoor to a campsite called St Leonard’s Cove.
It was stunning, situated on a cliff at the top of a small cove, surrounded by panoramic views and turquoise sea.
We parked up Ordell, popped up the roof (our bedroom for the week), and lit our first camp fire.
Jimmy started making his camping speciality – prawn risotto.
We drank wine, smoked, played music and chatted animatedly about what we wanted to do in our amazing travelling companion.

We decided to get up early and go cliff jumping.

It was a simple, we just popped the roof back down, chucked all our stuff inside and drove off down the country lanes to Torquay.
We cracked open a beer for the ride, ( can’t lie we were a bit nervous).
Also we were on holiday time, which means it’s acceptable to drink beer whenever, even at 10am. Yes? 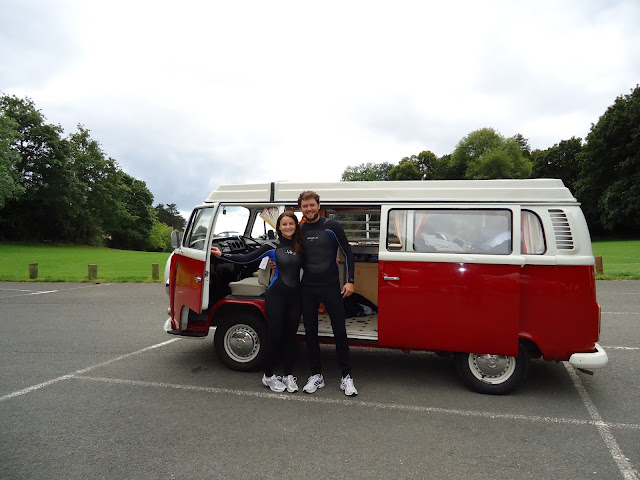 Coasteering and cliff jumping was amazing.

We scrambled across ragged cliffs and then threw ourselves off them. To be honest we were a bit cautious jumping off the first rocky ledge, but when a 10-year-old girl in our group nominated herself to go first we  realized we needed to man-up.
As the day progressed said girl, our ‘young inspiration’ didn’t do anymore jumps.
Can’t say I blame her.

We decided to get a taxi Dartmouth on the second evening. It was a cool, petite place.
Little bistros everywhere, pubs, wine bars, posh restaurants, everything you could possible want. We were surprised how much was going on in this sleepy coastal town.
We had dinner in RockFish, which essentially is a fish and chip/ seafood joint, with a twist.
The queue was flowing out the door, everyone wanted a reservation and as soon as we started eating it was obvious why.
Jimmy ate Oysters for the first time.
We ended up getting quite drunk in Dartmouth and dancing the night away in a wine bar as a man played a piano in the corner. Not what you’d expect from a camping holiday.

*our 4 berth 1972 campervan Ordell was given to us free of charge, in return for a travel feature in OK! Extra magazine.

Your email is safe here.

This blog includes our travel adventures, DIY interior tips, parenting advice and my life in general.

Get every new post delivered straight to your inbox…

Your email is safe here.

Top 5 Spas in the UK

How important is reading to your child?

The best hotel in Ibiza. Go now… if not sooner.